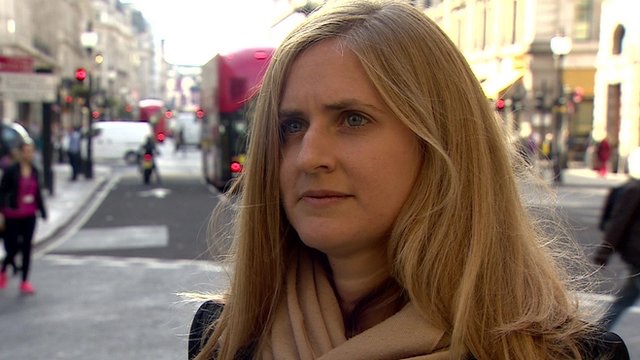 A newly introduced law allows British courts to hear US-style class actions - where one or several people sue on behalf of a much larger group.
The Consumer Rights Act 2015 will make it far easier for groups of consumers to seek compensation from firms that have fixed prices and formed cartels.
It introduces "opt out" actions where everyone affected is automatically a member of the "class" which is suing.
Consumer groups say it is a huge step forward in helping secure compensation.
Fixing the prices
Previously, when groups of consumers or small and medium-sized businesses wanted to take action against companies who fixed the price of goods or services, on - for example - replica football shirts or air fares, it was very difficult.
All of those affected had ether had to "opt in" to the action or bring a claim in their own name. As individual losses were small and legal costs and risks high, few did.
Such were the problems with opt-in actions that there has only been one of note. This was when consumer body Which? sued JJB Sports which had taken part in fixing prices of some replica football shirts.
The action was settled and consumers who joined it who had paid up to £39.99 for certain England and Manchester United football shirts, during specific periods in 2000 or 2001, received a payment of £20 each.
JJB Sports also agreed to compensate those who bought one of the shirts but did not join the claim.
They were entitled to £10 if they presented either proof of purchase or the shirt itself, with its label intact, at a JJB Sports store.
It was all a bit messy and many who bought the shirts did not join the claim and so did not get any money back.
Under the new law, everyone who purchased the overpriced goods can be automatically "in" the claim unless they opt out.
It means there will be strength in numbers and consumers could get their money back without lifting a finger.
"The new collective redress rules will give consumers more power against unscrupulous businesses that have been found guilty of anti-competitive practices," said Which? executive director Richard Lloyd.
"Now everyone who has been affected will be automatically included so more people should get redress and sooner."
He added the move was good news for consumers and responsible businesses because "those caught acting illegally will be made to pay the price".
'Billions in damages'
Under the new law, claims have to be approved by the Competition Appeal Tribunal.
They can be brought by a suitable representative of the group affected by the price fixing, who then advertises the claim in order to make others in the group aware of it and would then distribute the money. Any residue goes to charity.
Two kinds of claims can be brought.
Firstly, so-called "follow on" claims that follow a competition regulator's finding that there has been an infringement of competition law.
Secondly, "standalone" claims which are not based on an infringement decision. This frees up claimants to seek damages for any competition law violations - not just those the regulators have chosen to pursue.
In the US, class actions are far more widespread with damages awards running into billions of dollars.
Class actions have been filed in the US over the Volkswagen emission test scandal
They are not confined to cases where companies get together and fix prices.
Claims against retailers and manufacturers relating to faulty goods and services can also be brought.
Class actions have been filed in the US by groups of consumers affected by the recent Volkswagen emission test scandal.
In the US, juries hear the cases and set the damages, which can then be trebled by the judge.
'Safeguards including'
So, will the new regime really see US-style class actions with huge pay outs?
"The regime incorporates a number of safeguards against what are perceived to be the 'excesses' of the US system," said Anna Morfey, a specialist competition law solicitor with the London firm Hausfeld.
"In particular, the fact that the losing party is typically required to pay the winner's costs acts as a deterrent to frivolous claims in the UK.
"But there are other important differences - no treble or 'exemplary' damages, and no jury trials of these claims in the UK, will mean damages awards really are compensatory and not windfalls for claimants."
What is clear is that companies who fix prices now face a much greater risk of being sued by all of those who have paid the inflated prices.
Class Action Explained

The Competition Appeal Tribunal decides whether the "class representative" is representative of anybody else who would want to sue
Safeguards to prevent frivolous claims include strict conditions to be met before a claim is approved as "opt-out" as opposed to "opt-in"; and rules governing damages and costs
"Opt-out" provisions only apply to UK-domiciled consumers or companies.
Taxi Leaks Extra Bit : 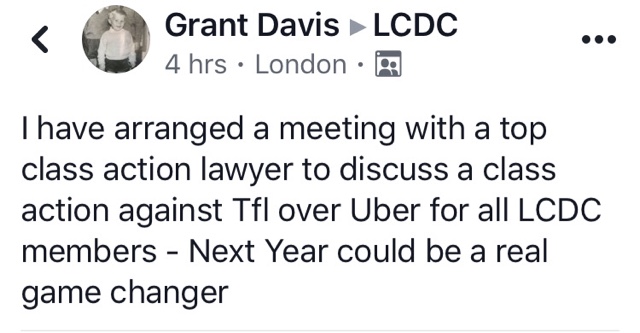 Posted by Editorial at 16:35 No comments: